It is the height of summer: A cart from Voss approaches Stalheim Tourist Hotel. On a bench in the cart sit two fellows, different in appearance and size. They are the composer Edvard Grieg and Sjur Helgeland the fiddler. Sjur is sitting with his fiddle in his lap and he has played for long spells on his way up from Vangen. In the village at Stalheim the manager stands and receives his world-famous guest. He asked Edvard Grieg to come to the drawing room this evening ”to listen to our excellent new orchestra” as he said. Politely Grieg refused the invitation: ”I have Sjur with me this evening.” This little anecdote is still a living tradition in the rural districts of Voss. And it is no coincidence. It is in Hordaland County that we find the oldest traces of a folk music stemming from our national instrument, the Hardanger fiddle. And it is still this musical tradition which is characteristic of folk music here.

The oldest known Hardanger fiddle is dated 1651. The fiddle maker was Ole Jonsson Jåstad (born in 1621) from Ullensvang. Today this instrument is in Bergen Museum, and even although it is old, everything indicates that it is no prototype. Most opinion on the background for this instrument starts off by assuming that it is the ordinary fiddle which was the model for it. Nonetheless there are some who claim that that there are so many peculiarities with the Hardanger fiddle that it is more likely a development from an older Nordic string instrument.

The best known fiddle makers after Ole Jåstad also came from Hardanger. Isak N. Botnen (1163-1759) and even more his son Trond I. Botnen (1713-1772) were responsible for a  large production of Hardanger fiddles. The best sales places were the great markets in Kongsberg and Laerdal. In this way the instrument was spread to new rural districts.

With Johannes Bårdsson Tveit in Samnanger (1786-1847) the instrument took a new direction. He was the foremost fiddle-maker in Hordaland until the hegemony in the art was moved to Telemark in the first half of the 19th century.  But we always find capable craftsmen who made fiddles for the many folk who tried their hand as fiddlers. In our own times the most sought-after fiddle-makers are to be found in Hardanger. Anders Åsen (1909-1987) and Håvard Kvanndal (born 1910) have both made top-class instruments.

“Legend never mentions a year, but it is known that Lisbet - Per’s lineage has now reached its ninth generation.”

This is how Per Sivle’s novella: “A Fiddler” about Per Gudvangen opens. According to legend he learned to play from the fairyfolk. And he was not the only one either.

Most of the earliest fiddlers learned the fiddling trade in the valleys and the mountains. Today we know a little more about these earliest fiddlers. They begin to appear in the first half of the 18th century, such as Per Gudvangen or “Lisbet-Per”, born in 1723 in Myrkdalen, Torkjell Brattespe (born in 1722) in Hardanger and Aanved Storegraven (1729-1810) from Granvin. Their names and the memories of them have survived through the dance tunes passed from master to pupil.

If we look at the end of the 18th century we can detect the preliminaries to a golden age of fiddling. In many rural areas master fiddlers begin to appear and the dance tunes exchange owners across the fjords and the mountains. Anders Haga (1771-1847) lived in Myrkdalen. And around him he gathered new masters like Nils Rekve, Per Bulko (1798-1885) and Lars Lofthus. In the same period as Anders Haga we find Eirik Medås (1769-1854) in Granvin who also gathered many renowned pupils around him. This was the Music School in their times, where the master fiddler was the professor.

It is in the inner rural districts that we find the earliest traces of this tradition. The links from then are unbroken and the dance tunes and the tales from those days are alive and well today. But other parts of the county also had their strong traditional areas, such as many districts in Nordhordland, Fana and in the old Os. Amongst the earliest we know in Haus are Ola Brakvatn (1798-1885), Magne Kleiveland (1805-1892) and Ola Tunes (1806-1896). Hans Bjørndal (1826-1910) in Hålandsdalen was one of those Myllarguten was with, and in Strandvik there were good fiddlers like Anders Berge and Nils Gilahaugen.
Impulses came in many ways, especially through the great markets. It was quite natural that the districts in Hardanger had links with Telemark, and similarly that the folk from Voss had a lot of contact with Valdres.
We know that at one time there was a great exchange of dance tunes between Vossestrand and the great fiddlers of Valdres.

The fiddlers of Nordhordland came to Voss in search of knowledge of dance tunes and the most sought-after teacher in the latter half of the 19th century was Ola Mosafinn (1828-1912). As a fiddler Mosafinn belonged to the tradition in the heart of the Voss rural districts with many of the older masters in the nearby vicinity. In time he came to surpass many of them, and within the Hardanger fiddle tradition it is only the Myllarguten who has left a similarly lasting mark behind him.

The city and the rural traditions

Those who took most active part in the tradition, were most frequently in the organisations which worked to preserve the fiddle, the songs and the dances. There are seven Fiddlers’ Societies which are organised in the Hordaland Folk Music Association.

Many of the rural youth societies and the Norwegian societies which were established in Bergen about 100 years ago, have done much to preserve and maintain the old cultural phenomena. The first national festivals which the Vestmann Society established in 1896 were quite decisive for folk music in a period when the use and knowledge of the earliest fiddling traditions were in the process of disappearing. That men like Ole Bull and Edvard Grieg supported the work had an influence on the fiddlers’ environment itself, and on ordinary people’s views on this part of our culture.

And with the first competition in Urdi in 1896 the foundation was laid for a type of gathering which has lasted for more than 100 years. And it was in Bergen that the National Association of Fiddlers was established in 1923.

The bearer of tradition

We seldom come upon a bearer of tradition with a better grounding  in his art than Sjur Helgeland (1858-1924) from Myrkdalen in Voss.
In his home district we can find traces of fiddlers as far back as we know the legend of our folk music.

Through his father Lars Helgeland (1823-1907) the young Sjur received an introduction to the art of the fiddle, and the special talents that the lad possessed were noticed at an early age.

Nor was it long before he got hold of the most used fiddle in the district. Sjur Helgeland had already reached the level of an artist on the fiddle when the West Norway Society established the first gatherings. And here he laid the basis for a reputation which scarcely any other fiddler had attained in the period. He won several of these annual competitions, and he took part playing his own compositions. The best known of these in the years to come was surely the tone poem: “The three dairymaids from Vikafjell”.

Sjur Helgeland was a good friend of Edvard Grieg and there is no doubt that Grieg received many artistic impulses from this fiddler in his musical compositions.

For many people Sigbjørn Bernhoft Osa (1910-1990) was the very symbol of Norwegian folk music. He was born in Ulvik on an early May day in 1910. His father Lars Osa was a painter and he played the fiddle; his mother Hermine Berntoft came from a well known family of public servants and was a promising writer.

Sigbjørn B. Osa learned to play in a wealthy environment throughout his adolescence, in both Setesdal and in Voss. When he was 19 he took up the classical violin  with Bjarne Brustad in Oslo, and then with the Philharmonic Orchestral School in Bergen, and from 1930 to 1932 in Sternsches Music Conservatory in Berlin, where he completed his studies in the master class.

It was first in the 1950s that he went in seriously to work with and for folk music. A very special aptitude for music and verbal communication meant that he became an especially well-liked artist. In 1976 he made a recording for the Ole Bull Academy in Voss. 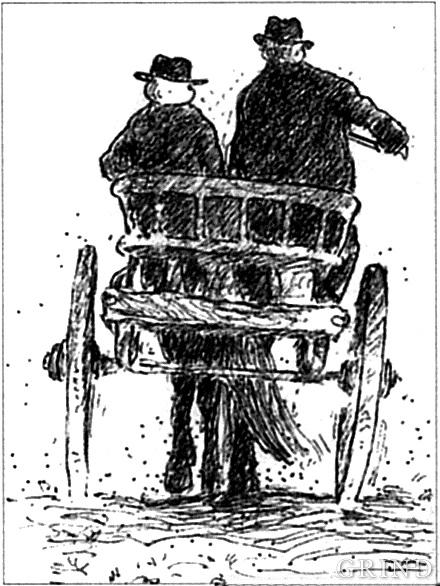 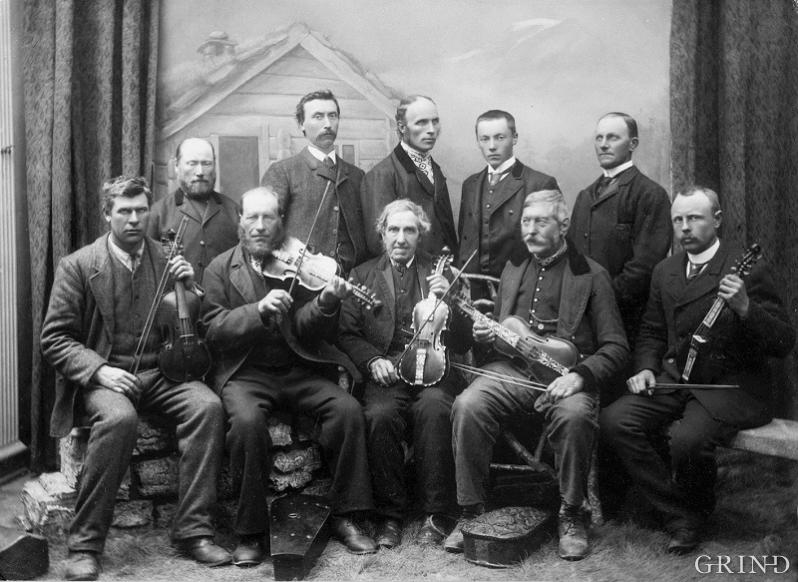 The West Norway society in its first gathering in Bergen in May 1896. Sjur  Helgeland is on the left. (unknown, owner: Billedsamlingen, Universitetsbiblioteket i Bergen(Bs q 103/1)). 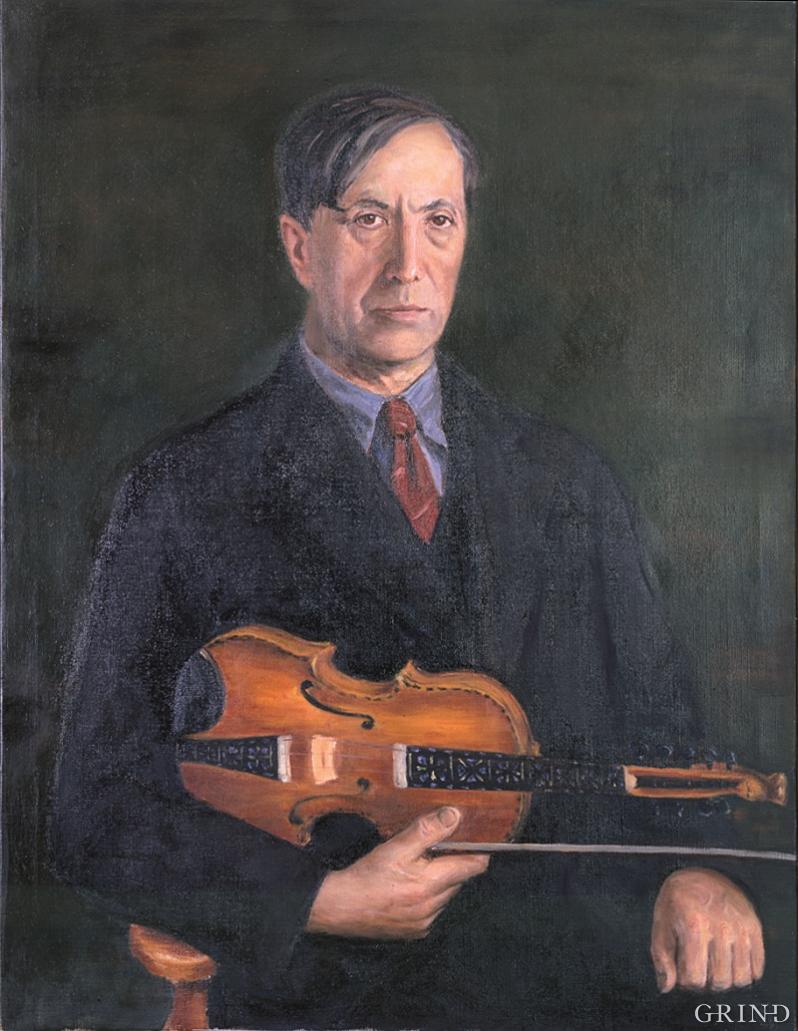 The master fiddler Haldor Meland (1884-1972) emerged as a creative force and a  renewer of fiddle-playing in Hardanger in the 20th century. (painting: Haldor Jordal, 1948. owner: Hardanger Folkemuseum, photo: Egil Korsnes). 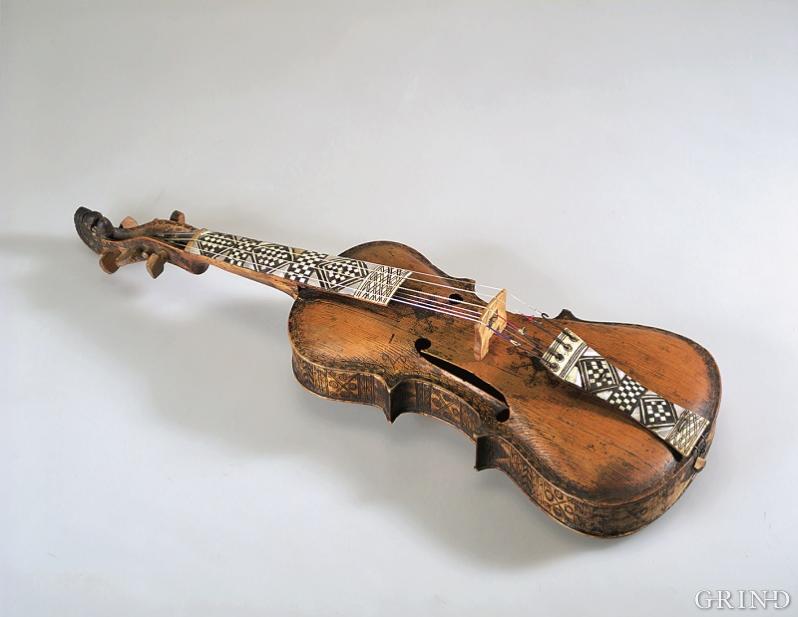